There aren’t many large format cameras that that I would describe as spontaneous or hand-holdable. Linhof Technikas, Speed Graphics, Horseman Field cameras and their like are often used unencumbered by a tripod. All employ an attached rangefinder or frame finder to view an approximation of the image. If you want to use the ground glass to see your actual image you must remove the film holder, focus on an upside down and backwards image, replace the film holder, and hope your subject hasn’t moved and you are pointing your camera in the same place…

Wouldn’t it be cool if someone would invent a Single Lens Reflex 4x5? Well, of course someone did; Graflex started selling their first version of the RB Graflex in 1923!

For over ten years I’ve kept their best incarnation, a Graflex Super D, behind the counter at Seawood Photo. I use it primarily to take quick portraits of our customers, sales reps and each other. It suits itself well to portraiture as I can set it up the camera, pose the subject, and pack it all back up in less than a minute or so. Might seem like a long time in this digital age, but quite remarkable for a 4x5. The large leather handle on the top makes carrying the camera akin to carrying a toolbox. Be careful, however, as the leather on these older cameras is often brittle and most of the S.D.’s we see are missing this handle. I’ve seen people replace these with metal gate handles!

The lens on my camera is a Kodak 190mm f5.6 Ektar. It has reasonable contrast for amonocoated lens, and is very sharp with a smooth bokeh. I usually shoot with it wide open to take advantage of the format’s inherent lack of depth of field. Looks nice!

The Super D is a true SLR with many features one would expect with modern medium-format cameras, such as:

The camera is relatively simple to operate. To set the shutter speed you first look at a chart riveted to the right side of the camera. This tells you what “Curtain Aperture” (a-d) and “Tension” level (High or Low) combination is needed for the desired speed. 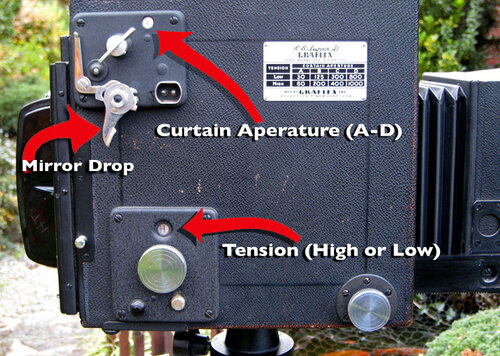 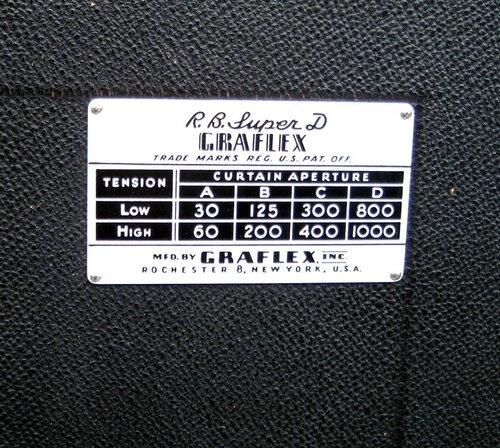 The Curtain Aperture is set by winding the key on the upper left until the letter indicated on the chart appears in a small window. If you wind it too far there is a release bar behind the key that allows you to back it down.

The tension level knob on the bottom left is wound clockwise from “L” to “H”. To get back to “L” push up on the button just below the wind knob several times until the “L” indicator shows in the window.

It’s a good idea to store the camera with the tension level set to “L” as this causes less strain on the mechanism.

The mirror must be dropped down into position after each shot if you wish to look through the camera. This is done by pulling back on the mirror drop lever.

The lens aperture is set on the lens barrel. By pulling out on a button you rotate an arrow until it aligns with the desired f/stop. You then cock the lens (see photo) by moving the auto diaphragm lever counter-clockwise until it catches, allowing you to look through the lens at a nice, bright f5.6!

Finally, the camera is fired bydepressing a small lever on the left side of the body.

Shooting with the Graflex

So what’s it like to shoot one of these guys? 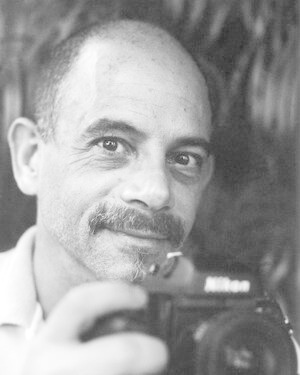 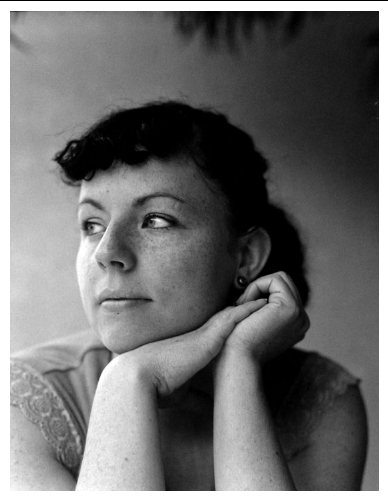 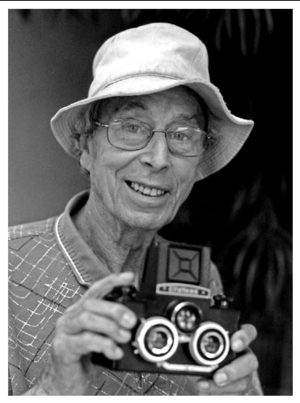 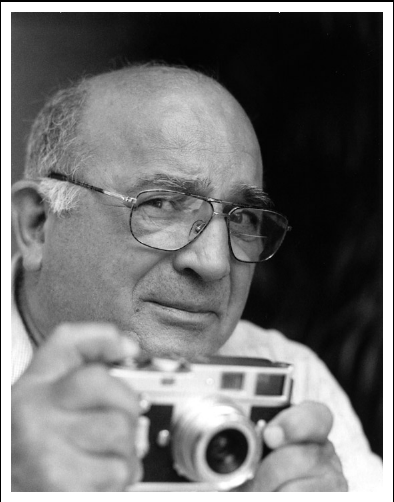